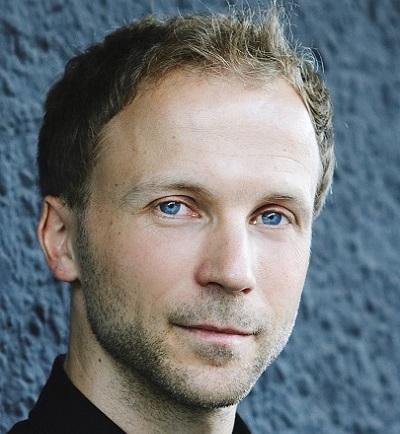 David Hermann studied music theater directing at the Academy of Music "Hanns Eisler" Berlin and was assistant to Hans Neuenfels. In 2000, he won first prize at the International Competition for Direction
and Stage Design in Graz. He has directed productions at the Theater Heidelberg, the Staatstheater Nürnberg, the Deutsche Oper am Rhein, the Ruhrtriennale, as well as at the Theater Basel and the Oper Frankfurt,
where his productions included a three-part Monteverdi cycle and most recently Janáček's FROM THE HOUSE OF THE DEAD. His other recent work includes productions at the Amsterdam Opera, the Vlaamse Opera in Antwerp,
the Nancy Opera, the Aalto Theater in Essen, the Badisches Staatstheater in Karlsruhe, and the Zurich Opera. With his production of Mozart's ASCANIO IN ALBA, David Hermann made his debut at the Salzburg Festival.
At the Staatstheater Karlsruhe, he staged BORIS GODUNOV, and in the 2015/2016 season, he staged THE RHINEGOLD here. In 2012 he made his debut at the Deutsche Oper Berlin with Helmut Lachenmann's
THE LITTLE MATCHGIRL, followed by Iannis Xenakis' ORESTEIA in 2014, Leoš Janáček's THE MAKROPULOS AFFAIR in 2016, and FIDELIO in 2020/2021.