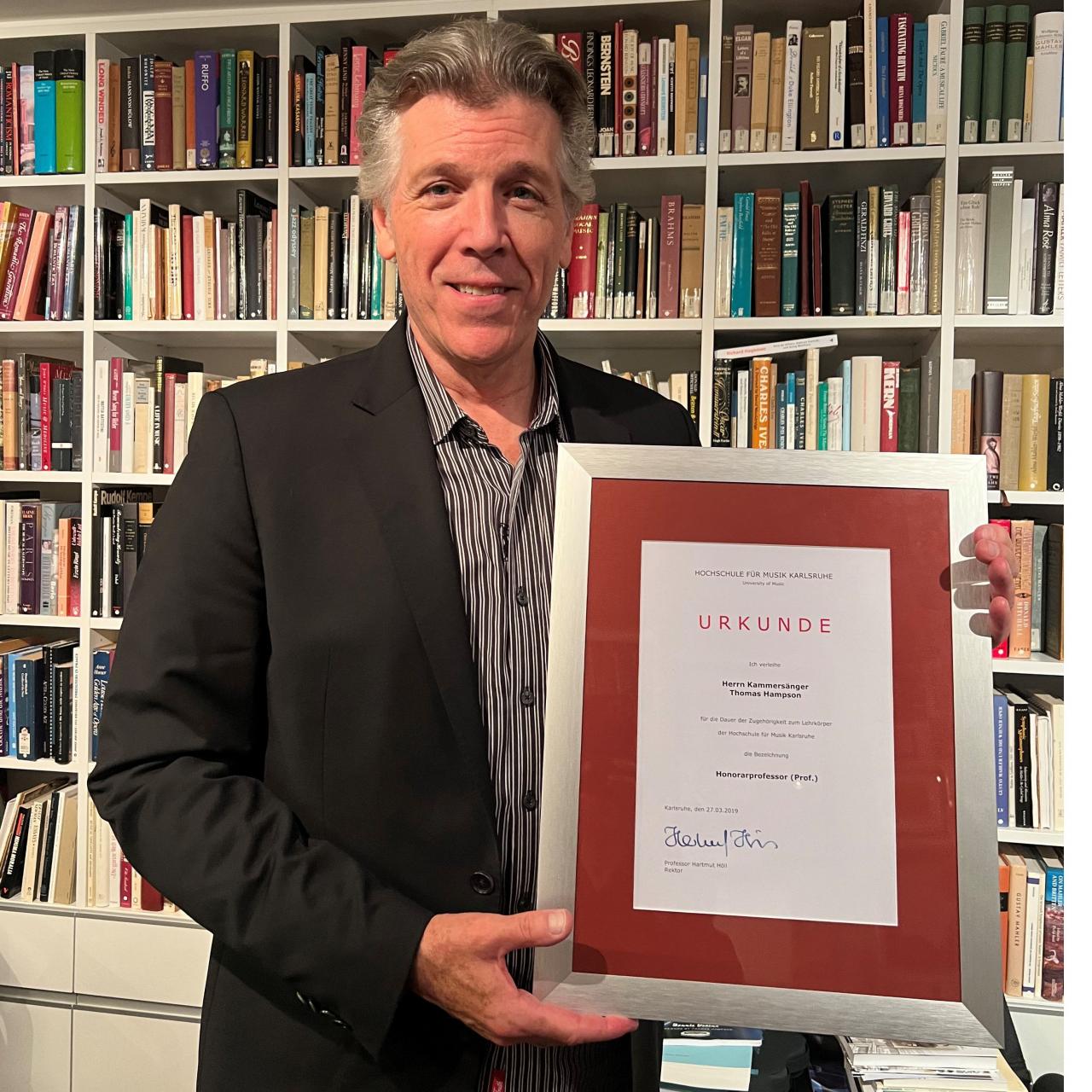 The singer Thomas Hampson has been appointed honorary professor at the Karlsruhe University of Music. In doing so, the Hochschule honors the artist's great services to the musical training and education of young artistic personalities, and in particular his commitment to the Hochschule für Musik Karlsruhe.

Awarded Met Mastersinger by the Metropolitan Opera Guild and inducted into the Hall of Fame of the American Academy of Arts and Sciences and Gramophone, Thomas Hampson is one of the most respected and innovative musicians of our time. With an operatic repertoire of more than 80 roles sung in all the world's great theaters, his discography includes more than 170 albums that have won multiple Grammy Awards, Edison Awards and the Grand Prix du Disque. In 2009, he received the Distinguished Artistic Leadership Award from the Atlantic Council in Washington, DC, and was named the New York Philharmonic's first artist-in-residence. A year later, he was honored with the Living Legend Award from the Library of Congress, where he served as Special Advisor for the Study and Performance of Music in America. He is Distinguished Visiting Artist of Voice at the University of Michigan, School of Music, Theatre, and Dance, and Honorary Professor at the Faculty of Arts, University of Heidelberg. Thomas Hampson has received honorary doctorates from the Manhattan School of Music, New England Conservatory, Whitworth College, and San Francisco Conservatory, and is an honorary member of the Royal Academy of Music in London, Kammersänger of the Vienna State Opera, and Commandeur dans l'Ordre des Arts et des Lettres of the Republic of France.

Thomas Hampson is active in many areas of research and education as well as musical outreach and technology. He is artistic director of the Heidelberg Lied Academy and collaborates with the Barenboim-Said Academy Schubert Week in Berlin. At the Karlsruhe University of Music, he is the patron of the Horst Günter Library – that collection of books, writings, and documents on singing spanning four centuries which, through Hampson's mediation, now resides in Karlsruhe, belonged to his former teacher Horst Günter and may be unique in the world in its claim to be encyclopedic.