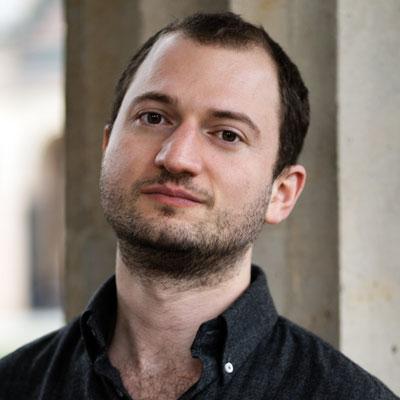 Born in Vladikavkaz/Russia, German Tcakulov began his musical education in his hometown (violin, viola and piano). At the age of 15, he continues his viola studies at the Special Music School of the St. Petersburg Conservatory with Prof. Vladimir Stopichev, moving to the St. Petersburg Conservatory after four years. At the age of 21, he moved to Germany, where he completed his Bachelor's and Master's degrees in viola at the Hanns Eisler Academy of Music in Berlin with Tabea Zimmermann.

In 2013 he is a scholarship holder of the Lucia Loeser Foundation and also wins prizes at international competitions (including Charles Hennen in Holland, Jyväskylä in Finland, Mravinsky in Russia as well as the music prize "start-up! music" of the Förderverein der HfM Hanns Eisler). From 2018 to 2022 he is a member of the Bavarian Radio Symphony Orchestra (BR). As an orchestral musician, he works with conductors such as Mariss Jansons, Simon Rattle, Daniel Barenboim, Bernard Haitink, Herbert Blomstedt, Ivan Fischer, Daniel Harding, John Eliot Gardiner, Daniele Gatti or Valery Gergiev.

His chamber music partners include Stephan Forck, Ulf Wallin, Tabea Zimmermann, Claudio Bohórquez, Stephan Pickard and Frank van de Laar. Invitations to festivals (including Murten Classics, Festspiele Mecklenburg-Vorpommern, Otzberger Sommerkonzerte). Since 2021 he has been in charge of his own viola class at the Hochschule für Musik und Theater in Munich. From 2017 to 2022, he holds a teaching position at the Hanns Eisler Academy of Music in Berlin and is assistant to Tabea Zimmermann. In the summer of 2022, he will be appointed professor of viola at the Hochschule für Musik in Karlsruhe.

He plays a modern French viola by Patrick Robin.