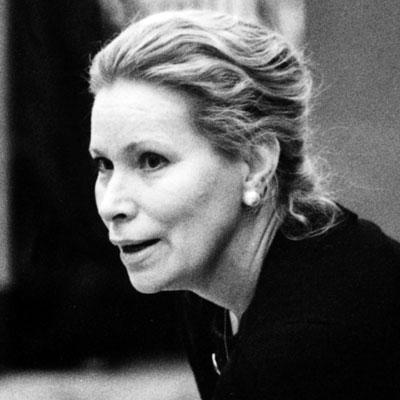 KS Julia Varady is considered one of the most important sopranos during the second half of the 20th century. Born in Oradea, she received her singing training with Arta Florescu in Bucharest. After first stage years in Cluj, guest performances and competition awards in Italy, she was engaged by Christoph von Dohnányi at the Frankfurt Opera in 1970. In 1971 she made her first guest appearance at the Bavarian State Opera, a theatre with which she remained closely associated for thirty years. The Deutsche Oper Berlin became her other main opera house. In both opera houses she has performed a wide range of roles, from Mozart's Elettra, Countess Almaviva, Donna Elvira, Fiordiligi and Vitellia, through Verdi's Violetta, Leonora, Elisabetta, Aida and Desdemona to Puccini's Madama Butterfly and Wagner's Sieglinde, to name but a few central roles. The great Strauss roles of her fach were also part of her repertoire. At the world premiere of Aribert Reimann's Lear she sang the part of Cordelia.

In 1978 she made her debut at the Metropolitan Opera in New York. Subsequently she was a regular guest at the Vienna State Opera, at the Salzburg Festival, she sang at Covent Garden as well as at the Edinburgh Festival, in Paris (Opéra Bastille and Palais Garnier) and at La Scala in Milan. Among the conductors with whom she has worked frequently are Daniel Barenboim, Karl Böhm, Herbert von Karajan, Carlos Kleiber and Wolfgang Sawallisch. She has been involved in many groundbreaking and pioneering productions, working with the leading directors of several generations: La clemenza di Tito, Don Giovanni, Così fan tutte (Jean-Pierre Ponnelle), Don Giovanni and Il tabarro (Günther Rennert), La forza del destino (Hans Neuenfels and Götz Friedrich), Der fliegende Holländer (Herbert Wernicke), Die Walküre (Götz Friedrich and Nikolaus Lehnhoff), La Traviata (Günter Krämer).

She has also sung a broad repertoire in concert and given recitals at Carnegie Hall as well as in Berlin, Paris and Tokyo. Julia Varady's art is documented on many CDs and several films are dedicated to her, two of them by Bruno Monsaingeon. She has been a Bavarian Kammersängerin since 1980 and has received many awards.