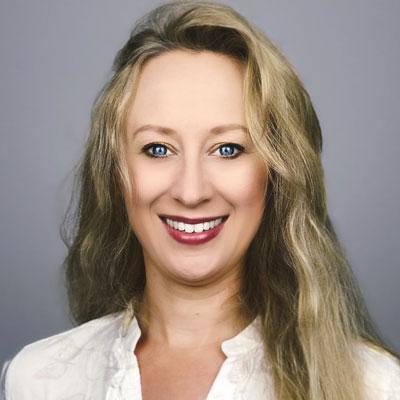 Mezzo-soprano Lisa Wedekind has made a name for herself in recent years with her wide-ranging repertoire and gripping portraits of roles.

In her career she has appeared as a soloist at the opera houses of Bern, Bonn, Dortmund, Düsseldorf, Frankfurt, Hamburg, Cologne, Mannheim, Magdeburg, Münster, Pforzheim and Weimar. There she has developed important professional roles such as DORABELLA (Cosí fan tutte), MUSE (Les Contes d'Hoffmann), ROSINA (Il Barbiere di Siviglia), HÄNSEL (Hänsel und Gretel), ERDA (Das Rheingold). She has also developed a special flair for interpreting Handel roles: she sang the double role of JUNO and INO (Semele) at the Konzert Theater Bern, CYRUS (Belshazzar) at the Lucerne Festival and the title role in ARIODANTE at the Tage der Barockmusik Münster. She was also able to add the role of RUGGIERO (Alcina) to her repertoire in several opera productions with great success.

She is equally in demand as a concert singer: she sang Bach's Mass in B minor under the direction of Helmuth Rilling in the Liederhalle Stuttgart, in the Thomaskirche Leipzig as well as in the Philharmonies of Berlin and Essen, gave recitals and concerts in Germany at the Festspiele Mecklenburg-Vorpommern on the island of Rügen, in the Liederhalle Stuttgart and the Frankfurt Opera, in the Polish Chamber Philharmonic Sopot as well as in Austria, Finland and Italy. The young singer is also popular in Switzerland: In Zurich she recently sang Peer Gynt and Olav Tryggvason by Grieg with the Tonhalle Orchestra and in Bern and Magdeburg she interpreted Brahms' Altrhapsodie. Chamber music tours have taken her to various cities in South Africa and China.

Lisa Wedekind is a lecturer at the Staatliche Musikhochschule Trossingen for singing, methodology and didactics of singing, voice physiology, choral voice training and master music education and regularly gives master classes for singing and ensemble singing in Germany and Italy.