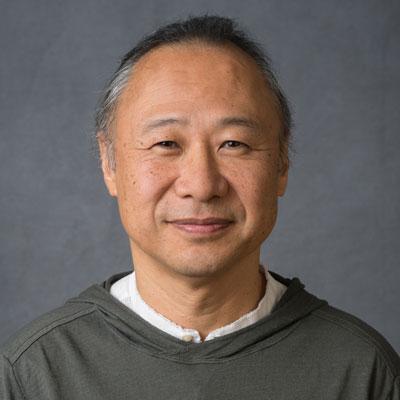 Isao Nakamura was born in Osaka in 1958. As an eight-year-old, he debuted with traditional Japanese taiko drums at a festival in his homeland. He studied with  Makoto Aruga and Michiko Takahashi, among others, at the University of Arts Tokyo and Bernhard Wulff at the Freiburg University of Music.

In addition to radio productions, Isao Nakamura has also recorded many CDs, including an album with works by Toshio Hosokawa, as well as a DVD production of Ekstasis by Dieter Schnebel. In 1995, he founded the duo Conflict with the Korean pianist Kaya Han, recording works dedicated to them on the CD, Duo Conflict. In 2006, he founded the Isao Nakamura Percussion Ensemble.

In 1986, he was awarded the Kranichstein Music Prize, in 1992 the Aoyama Music Award's Special Prize, and in 2004 the Keizo Saji Prize. Isao Nakamura is a Yamaha artist.

Isao Nakamura was a longtime lecturer at the International Summer Course for New Music in Darmstadt from 1994 to 2006 and the Akiyoshidai International Contemporary Music Festival in Japan from 1991 to 1998. Since 1992, he has taught as a professor at the University of Music Karlsruhe. Since 2014, he has also been visiting professor at the Kyoto City University of Arts.