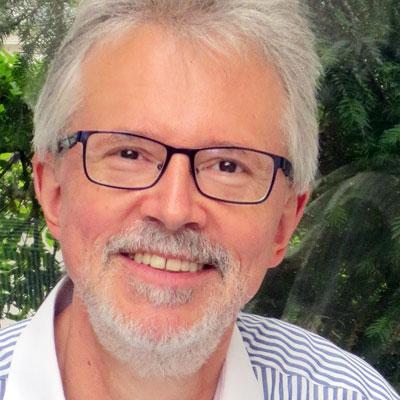 Johannes M. Walter studied Artistic Music Instruction at the Grammar School Level, majoring in piano, music theory, and composition at the State University of Music and Performing Arts Stuttgart, in addition to musicology studies at the Eberhard Karls University of Tübingen. He passed his first and second state examinations and earned a Ph.D. at the University of the Arts Berlin with a dissertation supervised by Christoph Richter on The importance of the didactics of Martin Wagenschein for music lessons and music education (see list of publications).

From 1986 to 2005, he taught music theory and music pedagogy at the State University of Music and Performing Arts Stuttgart. From 1999 to 2003, he assumed the local chairpersonship of music education and direction of the Artistic Music Instruction at the Grammar School Level study course. In addition, with interruption while serving as chairperson, he worked part-time in the teaching service of the state of Baden-Württemberg, most recently as senior teacher at the Robert Bosch Gymnasium in Gerlingen. Supplementary artistic subjects taught by Johannes Walter include lied accompaniment, rehearsal pianism, and organ playing; from 1994 to 2010, he worked continuously with the Stuttgart Hymnus Boys' choir. Since 2005, he has coauthored the textbook series Music around us (Musik um uns; Schroedel Verlag).

For the winter semester of 2005/2006, Johannes Walter was appointed to the W3-Professorship for Music Education (School Music) at the University of Music Karlsruhe. Since then, he has been head of the study program and the study commission for teaching music at grammar schools. From 2007 to 2016, he was rector for teaching at the Rectorate.