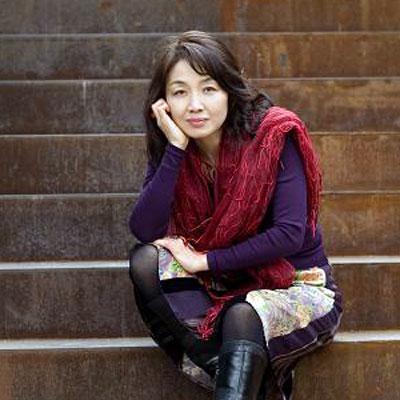 Kaya Han was born and raised in Japan as the daughter of Korean parents.

Already in her earliest youth, she won several prizes in piano competitions in Japan and Europe. She studied at the Toho Gakuen School of Music and at the Freiburg University of Music. She received coaching from Edith Picht-Axenfeld, Vitaly Margulis, and Bruno Leonardo Gelber. In 1988, she won the 44th Geneva International Music Competition.

Piano recitals, chamber music, and orchestral concerts draw Kaya Han across Europe, Canada, and East Asia. She has performed at international festivals as a soloist or chamber music partner of renowned artists and ensembles, including Thomas Sanderling, Uli Segal, Dennis Russell Davis, Ifor James, Edith Picht-Axenfeld, Renate Greiss-Armin, Martin Ostertag, Wolfgang Meyer, Reinhold Friedrich, Nicolas Chumachenco, and the Arditti Quartet. Her repertoire includes works from J.S. Bach to music of today. In addition to radio and television productions in Germany, Switzerland, Austria, Japan, South Korea, and Canada, she has recorded many CDs of works by Brahms and Beethoven, as well as the complete piano compositions of Isang Yun. In 1995, Kaya Han founded the duo Conflict with the drummer Isao Nakamura, which has recorded CDs of works dedicated to the ensemble. In 2004, Kaya Han was awarded the Japanese Critics' Prize.

Kaya Han was a lecturer at the International Summer Course for New Music in Darmstadt from 1998 to 2006 and has taught since 1999 as a professor at the University of Music Karlsruhe. Since 2010, she has been director general of the Ikoma International Music Festival in Nara, Japan.