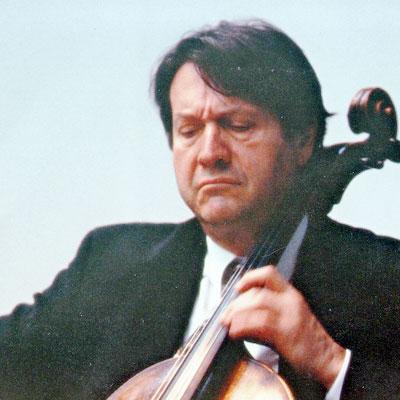 Martin Ostertag studied with Leo Koscielny at the University of Music Karlsruhe and with André Navarra in Paris and Detmold. In 1967, he was laureate of the International Competition of the City of Vienna and in 1968, made the Young Concert Artists national selection by the German Music Council. After that, he was first principal cellist of the Düsseldorf Symphony Orchestra, the Amati Ensemble Berlin, Orchestra of the Deutsche Oper Berlin, and finally, starting in  1974, the Southwest German Radio Symphony Orchestra of Baden-Baden and Freiburg.

Since 1980, Martin Ostertag has been professor of cello at the University of Music Karlsruhe. He has given masterclasses in Argentina, Brazil, Canada, Germany, Finland, Italy, and Japan. Many concert tours have taken him through Europe and overseas, and radio and CD recordings document his extraordinary performance art.