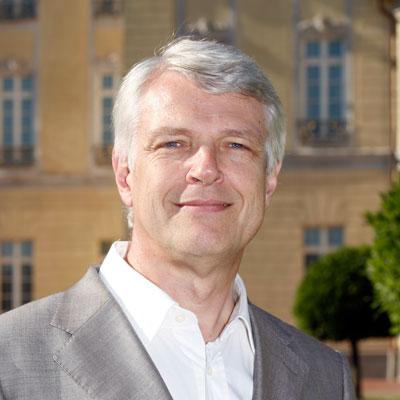 Michael Uhde was born into a musical family. With his father Jürgen Uhde, pianist and author of several standard works on the piano literature, he received his first piano lessons at the age of five. Lessons ensued at the Freiburg Music Academy with Carl Seemann and, as a scholarship recipient from the German Academic Scholarship Foundation, with Bruno Canino at the Milan Conservatory.

He has performed in many concerts and festivals in Europe and America as soloist and chamber musician. In chamber music, he has performed in the Schumann Ensemble with the violinist Antonio Pellegrini and in contemporary music with the Ensemble 13 Baden-Baden. He has appeared as piano partner of renowned soloists, including the cellist Antonio Meneses and violinist Sergei Kravchenko.

Michael Uhde was a guest at the Campos de Jordão Festival in Brazil; he has also given many courses and master classes at universities in Germany, Austria, Denmark, Norway, and Brazil.

He is professor of piano and chamber music at the University of Music Karlsruhe, where he served as vice-rector for 16 years. As university council member, he retains overall responsibility for the institution.