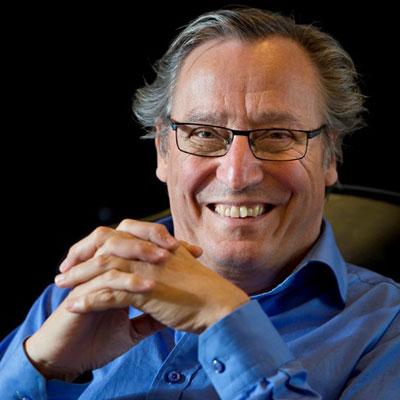 The Finnish-German pianist Ralf Gothóni is internationally renowned as a highly versatile musician. For more than five decades he has worked as a pianist, conductor, chamber musician, composer, author, and professor.

Gothóni gives concerts worldwide as a soloist and conductor. He has been invited to the most prestigious festivals, including Salzburg, Berlin, Prague, Prades, Aldeburgh, Edinburgh, BBC Proms, La Roque-d'Anthéron, Ravinia, and Tanglewood. As orchestra soloist he has played with the symphony orchestras of Chicago, Detroit, and Toronto, the Berlin and Warsaw Philharmonic Orchestras, the Bavarian Radio Symphony Orchestra, the Japan Philharmonic, and the English Chamber Orchestra. As a chamber musician, he performs regularly at the most important chamber music festivals.

Ralf Gothóni was principal conductor of the legendary English Chamber Orchestra from 2000 to 09 and from 2001 to 2006 was music director of the Northwest Chamber Orchestra in Seattle, USA. Since 2004, he is also the first guest conductor of the German Chamber Academy, Neuss. The center of his artistic activity today is increasingly based on conducting from the piano. In this double role he has also performed several world premieres by composers such as Srul Irving Glick, Einojuhani Rautavaara, Aulis Sallinen, C. Curtis-Smith, and Sir John Tavener, whose Pratirupa he premiered in London at a gala concert celebrating Taverner‘s 60th birthday.

Ralf Gothóni was artistic director of the Savonlinna Opera Festival from 1984 to 1987, and he founded the Forbidden City Music Festival in Beijing, of which he was artistic director from 1996 to 1998. He has also created cultural links between Egypt and Finland ("Musical Bridge Egypt-Finland," annually from 2007), and cultural exchange with Baku, Amman, and Alexandria from 2012 to 2018.

Ralf Gothóni attaches great importance to the training of young musicians. He is an artistic mentor of the summer music academy in Savonlinna. He was professor for chamber music in Hamburg, the Academy of Music Hanns Eisler in Berlin, and the Sibelius Academy in Helsinki. Since 2012 he has been professor at the University of Music Karlsruhe. From 2006 to 2012, he was professor at the then-newly founded Instituto de Musica Camara Reina Sofia in Madrid. He regularly gives masterclasses worldwide. The most important piano competitions invite him as a juror.

His discography includes over 100 recordings for international labels. Among them are much acclaimed Schubert recordings, Britten's Piano Concerto with the original 3rd movement, the one-hour piano concerto Choros XI by Villa-Lobos with Sakari Oramo and the Finnish Radio Symphony Orchestra as well as the recording of the first two piano concertos by Rautavaara with the Leipzig Radio Orchestra and Bavarian Radio Symphony Orchestra led by Max Pommer and Jukka-Pekka Saraste, respectively. In recent years he has recorded music by Aulis Sallinen and Alfred Schnittke.

Ralf Gothóni's compositions include three chamber operas, a setting of the Chinese Zen story The Ox and his Shepherd, a Concerto Grosso for Violin, Piano and Strings, Piano Concerto for Four Hands, and Chamber Concerto "Peregrina" for Viola and Chamber Orchestra, as well as chamber music and songs.

His first book, The Creative Moment, appeared in Finland in 1998 and was received enthusiastically, as were subsequent volumes, Does the Moon Rotate? (2001),  and The Spider (2012). His memoir Sounds of Life, appeared in 2016.

Ralf Gothóni has received many honors for his varied work. Of particular note among the highest honors for classical musicians are the Gilmore Artist Award 1994, the Schubert Medal of the Austrian Ministry of Culture, the Honorary Award of the Finnish Cultural Foundation, and the Order Pro Finlandia. In 2012, he was honored in Madrid by Queen Sofia of Spain for his artistic and educational activities.