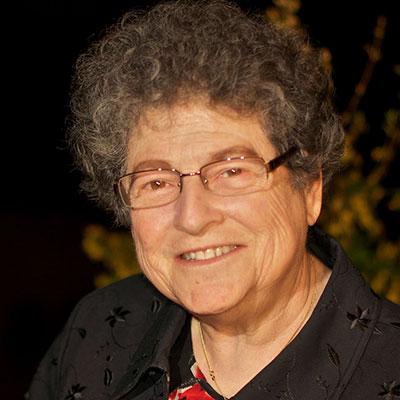 Fany Solter, pianist, was born in Brazil as the daughter of Russian Jews. After music studies in Rio de Janeiro and with Carl Seemann at the University of Music in Freiburg she won prizes at various national and international music competitions. Since then she has played solo recitals as well as chamber music and orchestral concertos in many European countries as well as in South America, Japan and Israel (with the Prague Symphonic Orchestra, the Brazilian Symphonic Orchestra, Orchestra de la Suisse Romande, the Symphonic Orchestra of the Bavarian Radio with conductors like Kurt Masur, Lukas Foss, Vaclav Smetàcek, Werner Stiefel, Avner Biron, Ligia Amadio to name but a few). Numerous radio and television recordings and in more recent years CD recordings are all confirmation of the pianist’s success as an artist.  From 1972 - 1976 she was a teacher at the State University of Music in Freiburg/Breisgau In 1976 she was appointed as Professor for piano and piano chamber music at the State University of Music, Karlsruhe where she was director from 1984 to 2001. Fany Solter is also often called as a jury member at some of the leading piano competitions worldwide and has given master classes in Moscow, Tokyo, Jerusalem, Spain, Italy, Brazil and Argentina.