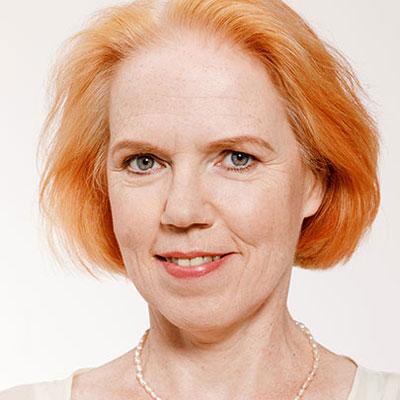 Irene-Cordelia Huberti has been Director of Studies at the Badisches Staatstheater Karlsruhe since the 2017/18 season. Previously, she held the same position at the Opéra National du Rhin in Strasbourg from 1998. There she cultivated an intensive collaboration with the opera studio and was passionate about the training of young singers and accompanists. A special focus of her work is on lieder singing. She accompanied master classes of Ks. Hilde Zadek, Jewgenij Nesterenko, F. J. Sellheim and Ab Koster. She completed her training in piano, violoncello, chamber music, song accompaniment and oratorio at the conservatories of Cologne and Vienna, where she received formative impulses from Elisabeth Leonskaja, among others. Her career then took her to the International Opera Studio of Zurich Opera, the opera houses of Krefeld/Mönchengladbach and Dortmund. She works as a guest in Geneva and Seoul, among other places, as well as at international festivals such as Schwetzingen, Savonlinna.