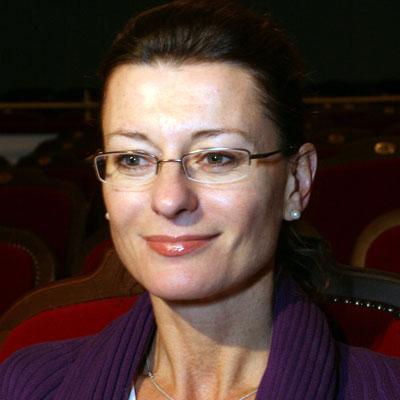 Marianne Berglöf was born in Stockholm, Sweden. She completed her master's degree in musicology, art history, and theater studies at the Universities of Oslo and Seattle. After a season at the Zurich Opera Studio, she began her first engagement as assistant director and substitute in the artistic management office at the Baden State Theatre in Karlsruhe. Later, she also directed the same house.

At the Institute for Music Theater, Marianne Berglöf teaches a Scenic Lessons class and also stages an annual children's opera with the students of the institute. These are arrangements of the classical opera repertoire, making them accessible to a young audience. Examples include Rossini's Cinderella, Figaro's Crazy Day (a free adaptation of Mozart's Marriage of Figaro), Alcina‘s Magic Isle (after Handel's Alcina), as well as Humperdinck's Hansel and Gretel, Ravel‘s L'enfant et les sortilèges, Cui‘s Puss in Boots, and Scandal in the Market Hall (after Offenbach's Mesdames de la Halle).