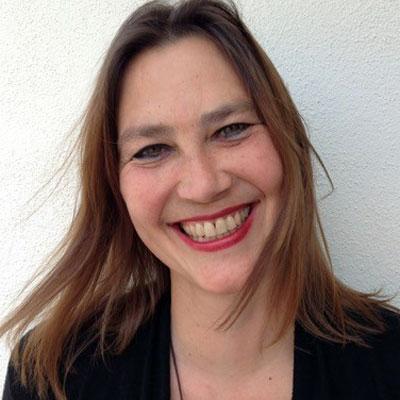 Andrea Raabe studied music theater directing with Götz Friedrich at the Hamburg University of Music and Theatre. After working as assistant director for Peter Mussbach, George Tabori, and François Abou Salem, her first individual production, of Handel's Alcina for the Dutch Touring Opera, was invited to the Massachusetts International Festival of the Arts in 1997. In Enschede, Andrea Raabe has also staged Donizetti's Maria Stuarda and Philippe Boesmans‘ Round Dance. From 1998 to 2003, she was engaged as a director at the Nuremberg Opera, where she staged Monteverdi's L'Incoronazione di Poppea, Mozart's Marriage of Figaro, Puccini's La Bohème, Verdi's Rigoletto, Britten's Peter Grimes, Purcell's King Arthur, Poulenc's Dialogues of the Carmelites, Verdi's Don Carlos, and the world premiere of Luca Lombardi's Prospero, among other works.

In 2002, she became a professor at the University of Music Karlsruhe and assumed directorship of the Institute for Music Theater. From 2005 to 2019, she was vice rector for university administration.

In 2009, she was a juror for the Sixth International Singing Competition for Wagnerian voices of the Richard Wagner Association. Since 2012, she has chaired the International Handel Academy Karlsruhe.