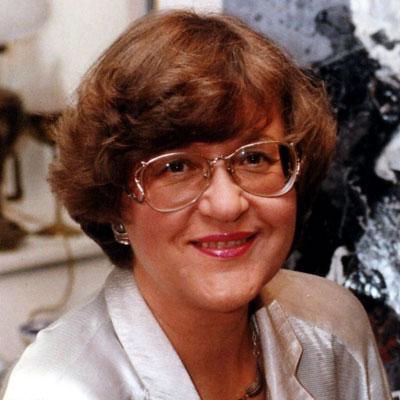 Olga Rissin-Morenova, born in Moscow, studied at the Moscow Tchaikovsky Conservatory, where she received her concert diploma with distinction. From this period of study came the now internationally renowned duo Josef Rissin (violin) and Olga Rissin-Morenova (piano).

After successful concert activities in the former Soviet Union, Olga Rissin-Morenova moved to Germany and continued her intensive international concert activities from there. Concerts, radio, record and CD recordings as well as television appearances and participation in renowned music festivals document the high standing of the artist, who stands in the tradition of the great Russian pianist school.

Olga Rissin-Morenova has made lasting contributions to the discovery of the avant-garde pianist Galina Ustwolskaja, unknown in the West, whose first release on record and CD she realized with Josef Rissin, violin (sonata; duet).

The NEUE MUSIKZEITUNG writes about this recording: "Flawless interpretation and technique compete here with editorial value".
The "Badische Neueste Nachrichten" writes about the performance of the Beethoven sonatas by Josef Rissin and Olga Rissin-Morenova and others: "Seldom does one experience such depth and such a stylistically confident understanding of Beethoven... Jubilation was the thanks for a performance that could hardly be surpassed."