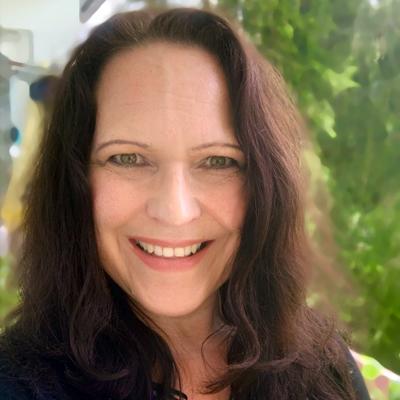 Claudia Schojan teaches the subject Speech Training/ Phonetics at the IMT.
Born in Neustrelitz (Mecklenburg-Western Pomerania), the daughter of a singer and an actor, she has been closely connected with the theatre and opera since her childhood. She received musical training in piano and singing at an early age and gained her own stage experience in many different forms. After graduating from high school she studied classical singing at the Hanns Eisler Academy of Music in Berlin with KS Jutta Schlegel. Her great inclination for the art of speaking was strongly encouraged by her speech teacher at that time, so that the inner urge to speak artistically eventually became greater than that to sing.

Consequently, she changed her subject and completed the diploma course "Speech Art / Speech Training" at the State University of Music and Performing Arts in Stuttgart. After her studies, she taught German phonetics at the Austrian Cultural Institute in Tehran during a three-year stay in Iran.

Since her return to Germany in 1999, she has been working as a freelance speech artist and speech and language coach, primarily for singers. In the context of two teaching assignments at the University of Music and Performing Arts in Stuttgart (since 1999) and at the Institute for Music Theatre at the University of Music Karlsruhe (since 2009) she teaches voice students in the subject of speech training. Since 2010 she has also been working regularly for the Stuttgart State Opera and other opera houses and institutions in Germany and abroad as a language coach for the German opera repertoire. In the course of this work, in which she is always closely involved in the production process, she has worked with many important conductors and renowned directors, including the directing duo Jossi Wieler/Sergio Morabito, Anna Viebrock, Peter Konwitschny, Calixto Bieito, Philipp Stölzl, Andrea Breth, David Pountney, Kirill Serebrennikov and
others. This practical relevance provides essential impulses for their work with students.

As a speaker, she has participated in CD productions for various publishing houses and has already developed and performed several musical-literary programs together with various music ensembles. In these programs, in which word and music form a successful unity, her close relationship to music is evident time and again.