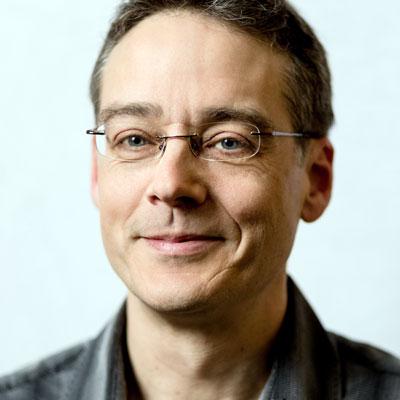 The novelty inherent in each work, always felt and expressed in each performance, as well as dissolving rigid categorizations, make up Kristian Nyquist's artistic credo. To design concert programs, he draws from a wide repertoire of solo and chamber music as well as concert pieces from the 16th to 21st centuries. He is particularly interested in 20th century and contemporary compositions. This has led to many world premieres and local first hearings, for example the Pan-American premiere of Time for spaces (Tiempo para espacios) by Cristóbal Halffter with the Amazonas Chamber Orchestra at the Amazon Theatre in Manaus, to cooperation and artistic exchange with the composers Violeta Dinescu, John Palmer, Peter Heeren, John Patrick Thomas, Claus-Steffen Mahnkopf, Roderik de Man, Michael Beil, Klaus Huber, Hans Werner Henze, Sidney Corbett, Wolfgang Rihm, and many others.

His personal style of presentation and interpretation, always based on scientific historical study, is documented by reference recordings on CD for the Pavane (C.P.E. Bach Sonatas for flute), Telos, Etoile Productions (J.-H. d'Anglebert Suites), Le Chant de Linos (Bach Goldberg Variations) labels as well as radio productions. Recently, an Origins of Romantic Piano Music album of works by Clementi, Field and Chopin played on a fortepiano and Cembalo Avantgarde (live debut recordings of works by Dinescu, Henze, Yun, and pieces dedicated to Kristian Nyquist by Peter Heeren) were released by Musicaphon. In 2013, with Sergio Azzolini and Ingo Goritzki, Kristian Nyquist was awarded an Echo Klassik Prize for a CD of oboe and bassoon sonatas by François Devienne on the MD&G label.

In addition to lecturing on historical keyboard instruments and chamber music at the University of Music Karlsruhe, he intensively teaches and conveys knowledge and ideas at courses on interpretation at the Karlsruhe International Handel Academy, Rio de Janeiro Summer School, and Foundation Villa Musica/ Rheinland Fold, among others. He has served as juror at several competitions, including the International Music Competition Berlin.

Born in Los Angeles, Kristian Nyquist grew up in Mannheim. His parents, both piano instructors, introduced him to music at an early age through lessons in piano and violin, and later theory and composition. His professional training with Huguette Dreyfus in Paris was particularly influential, as well as with Christine Daxelhofer at the University of Music Karlsruhe. He furthered his understanding in courses from Gustav Leonhardt, Bob van Asperen, and Colin Tilney. Scholarships from the German Academic Exchange Service and the Music Academy of Villecroze in France, as well as prizes at competitions in Paris and Prague, among other places, have marked his artistic career.