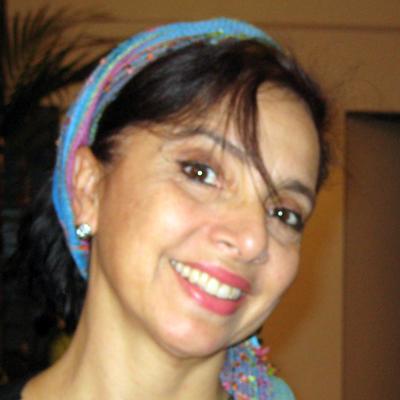 Paz Montero was born in Santiago de Chile. She received her ballet education at the Conservatorio Nacional de Musica at the Universidad de Chile in Santiago, supplemented by master classes in Rio de Janeiro with Prof. Eugenia Feodorova. After completing her training, she first received an engagement as a stage dancer with solo engagement at the Deutsche Oper am Rhein Düsseldorf, where she danced solo roles in "Swan Lake", "Sleeping Beauty", "Les Sylphides" and "Romeo and Juliet", among others. Her next engagement brought her to Braunschweig. At the Staatstheater there she impersonated roles in "La fille mal gardée", "El amor brujo", "Der Nuscknacker" as well as "Die vier Jahreszeiten". She continued her career at the Badisches Staatstheater Karlsruhe and took on roles in "The Three Musketeers", "Dance me a song", "La Gioconda": "Tanz der Stunden", "Pas de quatre" and "Le Cid".

She gained a competence in the pedagogical field by studying classical dance at the State Ballet Academy in Cologne. The co-founding of the ballet school "Corpus" in Karlsruhe followed her studies (1992 - 2017). Since 1997 she has been a lecturer for dance at the IMT, University of Music Karlsruhe.  Her teaching duties also include tasks in the field of choreography, so she created the choreographies for numerous IMT productions; Mozart's "Le nozze di Figaro", Kurt Weill's "Street Scene", Leoncavallo's "I Pagliacci", Monteverdi's "L`incoronazione di Poppea", Reutter's "Die Brücke von San Luis Rey", Strauss' "Die Fledermaus", Britten's "The turn of the screw", and Marc David Ferrum's GLASS HOUSE, to name but a few. She has made a significant choreographic contribution to the Kids@Operas held annually at the IMT. Since 2004 she has performed numerous roles in music theatre performances for children, for example in "Figaro's Crazy Day", "Scandal in the Market Hall", "The Singing War of the Heath Rabbits", "Alcina's Magic Island" and "Puss in Boots".