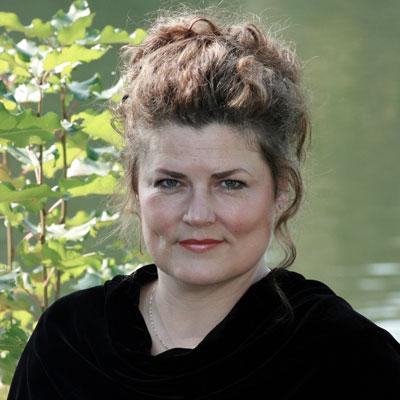 Christiane Libor was born in Berlin. There she completed vocal studies at the Hanns Eisler Academy of Music. She further complemented her conservatory education training in lied interpretation classes with Dietrich Fisher-Dieskau, Julia Varady, Hans Hotter, and Brigitte Fassbaender.

In 1998, she was awarded the O.E. Hasse Prize of the Berlin Academy of Arts and in 1999, was a prizewinner at the 7th International Mozart Competition in Salzburg.

Her first engagement was as the First Lady in The Magic Flute, in a Dutch Touring Opera production in Enschede, the Netherlands, where she later also sang the roles of Leonore in Fidelio and Agathe in Der Freischütz. In 1999, she debuted at the Hamburg State Opera, singing Handels‘ music for soprano in Neumeier's ballet Messiah. Also in Hamburg, in 2003 and 2004 she sang the role of the Marschallin in Der Rosenkavalier and Madame Lidoine in Dialogues des Carmélites, and in 2004 and 2005, Leonore in Fidelio. She also incarnated Beethoven’s heroine at the Berlin State Opera, the Zurich Opera House and the Opéra de Nice.

In 2009, she had great success as Ada in Wagner's Die Feen conducted by Marc Minkowski at the Théatre du Châtelet in Paris, as well as Sieglinde in a concert performance of Die Walküre with the Tonhalle Orchestra Zurich and as Ariadne at the Opéra national du Rhin in Strasbourg. In March 2011, she sang her first Isolde and Gutrune in Götterdämmerung at the Opéra de Paris. Extensive concert engagements have taken her to Spain, Poland, Estonia, Austria, Netherlands, Switzerland, France, United Kingdom, the United States, Italy with the Orchestra of the National Academy of Santa Cecilia led by Kurt Masur, and Israel. She has worked with renowned orchestras with the conductors Helmuth Rilling, Ulf Schirmer, Christoph Perick, Philippe Auguin, David Zinman, Ton Koopman, Michael Schønwandt, Simone Young, Ingo Metzmacher, Marek Janowski, and Sebastian Weigle.

The work of Richard Wagner has a special place in Christiane Libor's career, with a further focus on the composer’s early work. She has performed the role of Isabella in Das Liebesverbot, Irene in Rienzi, Ada in Die Feen, Senta in Der fliegende Holländer, and Elisabeth in Tannhäuser. In Seattle, she starred as Leonore in Beethoven's Fidelio and with great success in the title role of Strauss‘ Ariadne auf Naxos. She has also incarnated Brünnhilde sung in Wagner’s Die Walküre, Siegfried and Götterdämmerung in major international houses. In February 2018, she debuted with great acclaim as Kundry in Parsifal at the Staatstheater Stuttgart.

Since 2011, Christiane Libor has been a professor at the University of Music Karlsruhe, communicating her knowledge of vocal development to young singers. Graduates of her class are singing at nationally and internationally renowned opera houses including the Teatro alla Scala, the Semperoper Dresden, and the Berlin State Opera.