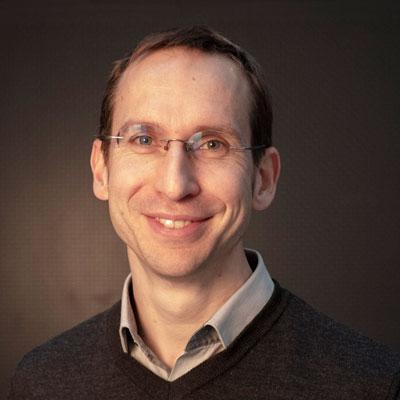 Christoph Seibert is Professor of Music Informatics at the Institute for Music Informatics and Musicology at the University of Music Karlsruhe and visiting researcher at the Max Planck Institute for Empirical Aesthetics in Frankfurt, where he previously did postdoctoral research. After studying musicology in Heidelberg and sound and image technology in Düsseldorf, he received his doctorate in 2014 with a dissertation on music and affectivity at the University of Music Karlsruhe.

As part of his work as sound director and computer music specialist, he was awarded a fellowship at the International Ensemble Modern Academy and subsequently worked with the composers Clarence Barlow, Gordon Kampe, Phillipe Manoury, Iris ter Schiphorst, Oliver Schneller, and Hannes Seidl and with ensembles the WDR Symphony Orchestra Cologne, the Düsseldorf Symphony Orchestra, The New Ensemble, Ensemble Modern, and Notabu.Ensemble new music, as well as the performers Rüdiger Bohn, Stephan Meier, Emilio Pomàrico, Mark-Andreas Schlingensiepen, Steven Sloane, Ji-Youn Song, and Roland Techet. His music-related audiovisual works have been shown at the Beethoven Festival Bonn, Heidelberg Spring, and the BEYOND Festival in Karlsruhe.

In the tradition of transdisciplinary music research, Christoph Seibert's research involves philosophical, empirical, and musicological perspectives and methods. His current work and research interests include aesthetic experience, musical aesthetics from the perspective of situated cognition, concert research, the interaction between musical practice and technological development, and music and artificial intelligence.