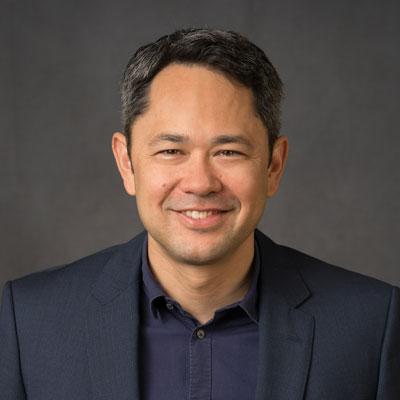 Damon Lee, a composer of instrumental, electroacoustic, and audiovisual works, studied with Christopher Rouse at the Eastman School of Music, Steven Stucky and Roberto Sierra at Cornell University, and John Corigliano at the Aspen Music Festival and School.

He received a Federal Chancellor Fellowship from the Alexander von Humboldt Foundation to collaborate with Thomas Troge, Sandeep Bhagwati, and Wolfgang Rihm for one year. Since then, he has experimented with audiovisual and collaborative compositions and developed ways to integrate film into live music performance. He has received many awards for his artistic and academic activities, and many of his works have been presented by leading groups and institutions worldwide. His sound design works created in collaboration with the visual artist Lida Abdul have been exhibited repeatedly, including at documenta (13) in Kassel.

In addition to his career in music technology, Damon has worked as a chef, assistant organist, and jazz saxophonist. Today is professor of music for film, theater, games and other media at the University of Music Karlsruhe.