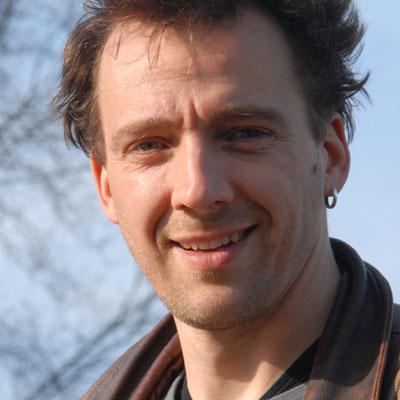 Born in Leipzig, Friedemann Röhlig began his musical education with degrees in piano, harp, and conducting at the University of Music and Theatre "Felix Mendelssohn Bartholdy."

Inspired by intense activity as an accompanist, he began to study singing under the supervision of Kammersängerin Christa-Maria Ziese in Leipzig, followed by vocal studies with Julia Hamari and Carl Davis at the State University of Music and Performing Arts Stuttgart. He gained further insight from the lied class of Konrad Richter as well as master classes and working with Rudolf Piernay and Kammersänger Artur Korn. In 2000, he was a prizewinner at the 49th ARD International Music Competition. At first associated with the Deutsche Oper am Rhein opera studio in Dusseldorf, Friedemann Röhlig then became active at the Kassel State Theater, where he was heard in major roles of the repertory.

Since then, the bass has focused on major European opera houses, including the Bavarian State Opera, Hamburg State Opera, Stuttgart State Opera, Dutch National Opera in Amsterdam, the Opéra Bastille - Opéra national de Paris, the San Francisco Opera, Gran Teatre del Liceu Barcelona, ​​and Teatro Real Madrid, as well as the opera houses of Brussels, Antwerp, Montpellier, Strasbourg, Bilbao, and Lisbon. He has repeatedly been invited to the renowned festivals of Bayreuth, Salzburg, and Bregenz as well as the Dresden Music Festival.

His wide-ranging operatic repertoire ranges from Mozart roles such as Osmin in  Abduction from the Seraglio and Sarastro in Magic Flute to Basilio in Barber of Seville, Banco (Banquo) in Macbeth and Gremin in Eugene Onegin was well as Gurnemanz in Parsifal and Baron Ochs in Der Rosenkavalier.

He is ardently devoted to concert performances, which have taken him to Israel, Italy, Austria, France, Poland, the Czech Republic, Brazil, the Netherlands, Switzerland, and all major concert halls in Germany. He is equally at home in contemporary music as with classical repertoire. Specialities include Mozart's concert arias, Bach's passions and major Romantic sacred choral works such as Verdi's Requiem and Brahms's German Requiem.

He also extends sustained affection for lieder, from intensively performing the song cycles of Schubert, to exploring rarities in performance at evenigns of song at the Leipzig Gewandhaus, the Schubertiade in Schwarzenberg, and other venues. Many radio and television recordings document his artistic versatility.

Friedemann Röhlig teaches singing at the University of Music Karlsruhe and also shares his expertise in international masterclasses.