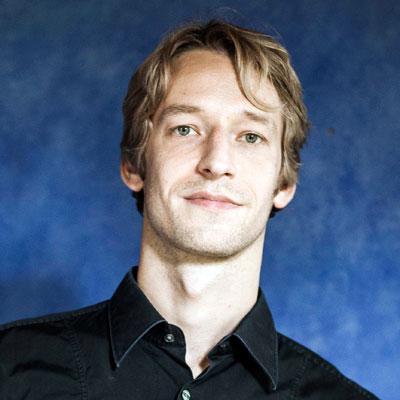 Julius Kircher was born in Heilbronn in 1981. He studied clarinet with Eduard Brunner at the University of Music Saar.

While still a student, he received first prize for woodwind playing at the 13th Walter Gieseking Competition of the University of Music Saar, became a member of the Young German Philharmonic Orchestra and played several times at the Kreuth International Music Festival.

As clarinetist of the Acelga Quintet, he is especially devoted to chamber music. The wind quintet received a scholarship from the German Music Council at the German Music Competition in Stuttgart in 2013 and won third prize at the ARD International Music Competition the following year. It has subsequently been a regular guest at concert series and festivals all over Germany, Switzerland, Italy, Luxembourg, the Czech Republic, and Croatia.

In May 2017, Bohemia, its debut CD with works by Leoš Janáček, Pavel Haas, Alexander von Zemlinsky and Josef Bohuslav Foerster was released on the Genuin label.

In October 2019, Julius Kircher assumed the professorship of clarinet at the University of Music Karlsruhe.