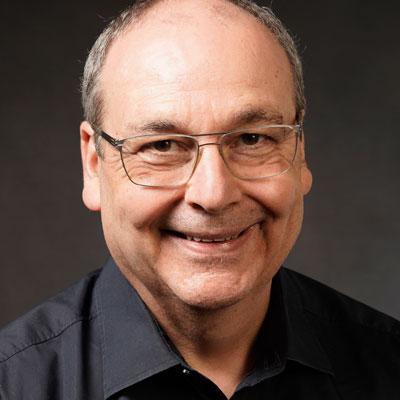 In 1983, Jürgen Christ began his professional career as a music editor at Südwestfunk Baden-Baden after studying music and German. There he produced and presented many radio broadcasts and also played as a staff pianist on television talk shows and radio programs.

In 1987, he moved to Hamburg, where he worked as music editor and senior cultural editor at Radio Hamburg. In 1990, he became the program director for music at the media production company UFA’s new Klassik Radio, where he was responsible for the musical concept and programming. From 1993 to 1994, he also worked at UFA as Director of TV Marketing in international distribution of film music rights.

Starting in 1994, Jürgen Christ produced a sustained series of interviews for public broadcast with, among others, Sir Yehudi Menuhin, Sir Georg Solti, Claudio Abbado, and Nikolaus Harnoncourt. He also created special cultural and media management projects such as working as media officer for Daniel Barenboim at the Berlin State Opera and as cultural manager for Montblanc International; The DWS Group; Relais & Chateaux; and Sanofi.

Since 1996, Jürgen Christ has taught music journalism for radio and multimedia at the University of Music Karlsruhe, where he was promoted to professor of media management in 2002. In 2010, he was appointed to the CultureMedia Technology (KulturMediaTechnologie) chair. In 2016, he was elected Vice-Rector of the University of Applied Sciences. Since 2017, he has been head of the State Center for Music Journalism and Music Informatics. He has guest lectured at the International University of Catalonia (UIC Barcelona), ​​at the University of Music and Theatre Hamburg cultural and media management department, the Karlsruhe Institute of Technology Applied Cultural Studies degree program, and in the WÜRTH Chair of Cultural Production at Zeppelin University, Friedrichshafen.

In addition to his organizational and teaching activities, Jürgen Christ is also a creative and performing musician. He composes film and piano music and as a pianist, often accompanies singers and instrumentalists. He is an Advisory Board member of the Pop Academy Baden-Württemberg in Mannheim and a juror for the Rolf-Hans Müller Film Music Prize of SWR Baden-Baden.

From 2016 to 2022 he was prorector at the Karlsruhe University of Music.