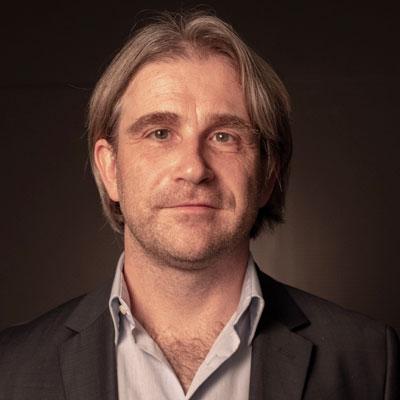 Marc Bangert studied crystallography and physics with a focus on biophysics at the Universities of Würzburg and Marburg and earned a doctorate in biology in 2001 at the University of Hannover. He has over two decades of research experience in neurocognition of listening and music practice and has been a researcher at the Institute of Music Physiology and Musicians' Medicine at Hanover University of Music, Drama and Media; Beth Israel Deaconess Medical Center and Harvard Medical School in Boston (USA); The Hannover Medical School; the Max Planck Institute for Human Cognitive and Brain Sciences in Leipzig; and the Institute of Musicians’ Medicine at the Carl Maria von Weber College of Music, Dresden.

His research interests include the cortical macroanatomy of musicians, functional motor plasticity, the evolutionary biology of musical behavior, and audiovisual interactions and inferential cognitive processes in music perception.

His focus areas in the field of artistic applications are physiological and gestural interfaces for sonic arts, brain-computer interfaces and 3D motion capture. Conceptualizing and building interactive live installations, Marc Bangert worked on many radio and stage productions (including at the Berliner Festspiele MaerzMusik – Festival of Contemporary Music 2004) and as artistic-musical director of live film dubbing projects.

He has published more than 20 scientific papers in international journals and over 15 chapters in books, as well as presenting over 80 international conference papers and popular science lectures. Marc Bangert has been honored with many scientific and artistic awards and scholarships, including the Research Fellowship of the German Research Foundation (DFG) in 2002, Science Award of the German Association on Physiology of Music and Performing Arts Medicine (DGfMM) in 2007, as well as the Kurt Magnus Prize of the “Association of Public Broadcasting Corporations in the Federal Republic of Germany (ARD) in 2001 for his realization of live brainwave interfaces (with composer/director Julian Klein), and the Prize of the Danzer Foundation for Contemporary Music in 2002.