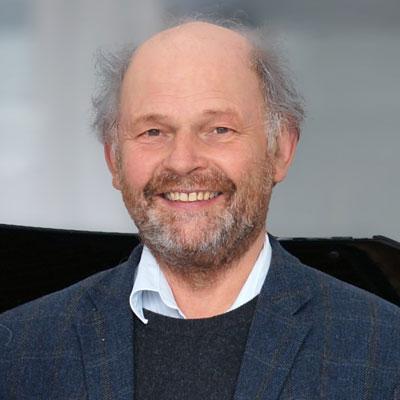 For nearly two decades, he was a pianist in the Klavierduo Stuttgart with Lutz Bidlingmaier. Since 2005, Yukiko Naito is his piano duo partner in music from traditional repertoire for two pianos up to contemporary sounds. He was the founder and longtime member of the Piano & Percussion ensemble, which has decisively expanded the repertoire of works for two pianists and two percussionists by commissions and world premieres.

His involvement with contemporary music led to close collaboration with the composers Karlheinz Stockhausen, György Ligeti, George Crumb, Peter Eötvös, and younger talents such as Adriana Hölszky, Joachim Krebs, Dror Feiler and Albrecht Imbescheid. Markus Stange has performed at international festivals as soloist and ensemble pianist as well as a contemporary music specialist. He has played with leading ensembles and orchestras such as the Berliner Philharmoniker, the Stuttgart Radio Symphony Orchestra, the Köchlin Ensemble, Ensemble Avance, and the Ensemble Recherche. Radio and CD recordings in Germany and overseas document his extensive artistic activity.

Markus Stange has given master classes in the USA, Japan, South Korea, Canada, Norway, Italy, Ukraine, the Gnessin Academy in Moscow and several universities in Brazil, among other places. He has also served as a juror at international piano competitions. After many years of teaching young students at the Ostfildern Music School, Markus Stange became professor of piano at the University of Music Karlsruhe, where he also teaches chamber music and instrumental approaches to contemporary music. In 2008, he was founding artistic director of the Neustadt an der Weinstrasse International Messiaen Week and the Messiaen 100 Festival at the University of Music Karlsruhe. In 2015, the NEOS label released a solo CD featuring his performance of George Crumb's Makrokosmos I and II. For the Karlsruhe University of Music, he has also been involved in conceiving many interdisciplinary musical projects, especially with the Karlsruhe State Art Gallery with the pianist Dr. Anna Zassimova. In 2009, he worked as a consultant with the architect Meryem Cengiz to develop a prototype for a new chamber music concert hall at the University of Stuttgart.