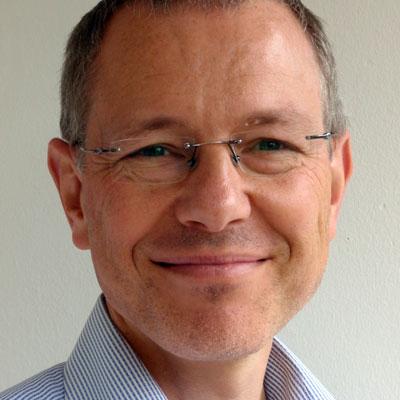 Michael Moriz was born in 1963 in Freiburg im Breisgau and was raised in Radolfzell on Lake Constance, later in Elzach/Black Forest. After graduating from the Hans and Sophie Scholl High School in Waldkirch, he studied music education at the University of Music Freiburg. He graduated with expertise on teaching at the grammar school level, church music, and music theory, with diplomas in each subject. Influential teachers included Dr. Hans Musch and Ludwig Doerr (organ), Annekatrin Klein (piano), Klaus Hövelmann (conducting) and Dr. Günther Metz, Peter Förtig, Cornelius Schwehr, and Dieter Mack (music theory).

From 1989 to 2002, Michael Moriz lectured at the University of Music Freiburg on solfège, ear training, and music theory. During this time he substituted for many professors. In addition, he worked as a full-time and part-time church musician, including as a district cantor in Hinterzarten in the Black Forest and as cantor in Merzhausen near Freiburg. He also taught in the church music educational training for the Archdiocese of Freiburg. He directed several amateur choirs and performed as an organist, song accompanist, and continuo player.

In 2002, Michael Moriz was appointed Professor of Music Theory and New Media at the Karlsruhe University of Music, where he has taught ever since. He is particularly interested in the diverse phenomena of harmony and their perception in listening and making music from the Middle Ages until today.

In addition, he focuses on the use of computers in music theory and ear training lessons. He is a founding member of the German-Speaking Society of Music Theory (GMTH) and was first assessor and treasurer of the board from 2008 to 2014.

Michael Moriz is married to the singer Julia Mende, and they have a son, Lukas.