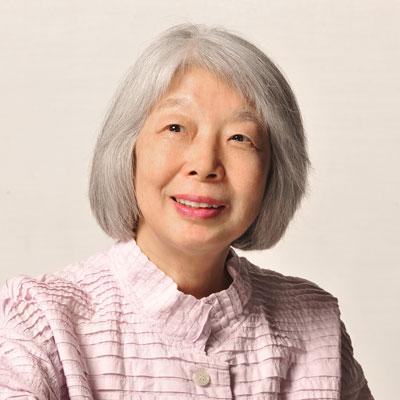 Early on, the international press praised the "uniquely expressive voice" (New York Magazine) of Mitsuko Shirai, a "singer of high intelligence in her prime" (London Daily Telegraph). The nuances of her singing featured a unique combination of word, color, and expression, as well as security of legato and intonation "that is almost a forgotten art" (Financial Times). She has been termed the "first lady of lieder singing" (Jürgen Kesting).

Mitsuko Shirai left her native Japanese over forty years ago and set standards as a German lieder singer in a duo with Hartmut Höll which since 1973, has performed recitals in Europe, Scandinavia, Israel, Africa, Japan, South America, Russia, the USA, and Canada.

Her vocal range spans soprano and mezzo-soprano repertoire, from Berlioz's Nuits d'été to Mahler's Second and Fourth Symphonies. She has also sung Berg's Seven Early Songs, Bach’s Passions, and Julián Carrillo's Prelude to Christopher Columbus for soprano in fifths of a tone and ensemble. In Tokyo, Mitsuko Shirai sang the first soprano in Mahler's Eighth, while in Brussels she performed the mezzo-soprano part in Prokofiev's cantata Alexander Nevsky. Her New York Carnegie Hall debut was in Ravel's Shéhérazade. Among her specialties are Hindemith's first version of Das Marienleben, Malipiero's cycle Le Stagioni Italiche, Ernst Krenek's late songs, and the complete vocal works of Anton Webern. Her legendary Schubert Winterreise project was achieved alongside Peter Härtling, Tabea Zimmermann, and Hartmut Höll.

Operatically, Mitsuko Shirai participated in performances of Mozart's Lucio Silla, Wagner's Liebesverbot, Paul Dukas's Ariane et Barbe-Bleue, Berlioz's Damnation de Faust, and Hugo Wolf's The Corregidor. In 1987, she sang Despina under the direction of Gary Bertini at the Frankfurt Opera. "Outstanding, but also in her characterization, is the great lied singer Mitsuko Shirai, celebrating a successful debut. Her Despina is a serious creation, minus the usual kittenish posturing. Her solid mezzo soprano voice, immensely capable of differentiation, illuminates the ups and downs of the confusing plot. Mitsuko Shirai sheds light with her vocal coloring and characterization on what the staging of the action failed to do.” (Bühnenkunst 1/88)

She has received many international awards for recordings on Capriccio of songs by Mozart, Schumann, Brahms, Schubert, Liszt, Wolf, Berg, Schoenberg, Hölderlin settings, Mahler, Strauss, Robert Franz, and Anton Webern, as well as orchestral works by Mahler (Fourth Symphony) and Wolf; on the MDG label, she recorded songs by Burgmüller and Spohr; for Bayer Records, songs by Lili Boulanger and Karl Michael Komma; for Claves a complete recording of Othmar Schoeck's Mörike cycle Das holde Bescheiden alongside Dietrich Fischer-Dieskau. With the violist Tabea Zimmermann, Mitsuko Shirai and Hartmut Höll produced for Capriccio a much-acclaimed trio recording of lieder by Strauss, Brahms, Busch, Loeffler, Marx, Reutter, and Gounod; with Peter Härtling, a singular project was created around Franz Schubert: 2 x Winterreise, including a recording of Schubert's work that is considered among the best by international critics. Other orchestral works on CD include for EMI (Schumann and Mendelssohn) and Philips (Spohr and Mozart).

In 1982, Mitsuko Shirai received the Robert Schumann Prize of the city of Zwickau. In 1993 she was honored with a carte blanche series of concerts with Hartmut Höll at the Auditorium du Louvre in Paris. Mitsuko Shirai is an honorary member of the Robert Schumann Society Zwickau and the Philharmonic Society of St. Petersburg. A panel of Japanese artists awarded her the 1996 Idemitsu Music Award in recognition of her artistic oeuvre. She has also received the ABC International Music Award 1997 and in April 2008 for her services to German Song, the Emperor of Japan awarded her a Purple Ribbon Medal of Honor, recognition of academic and artistic developments, improvements and accomplishments that has only been granted to musicians five times during the past half-century. In 2018, the Emperor of Japan conferred upon her the The Order of the Rising Sun 4th Class, Gold Rays with Rosette in tribute to her life's work and outstanding services to the art of song, especially German lieder. In November of the same year, Mitsuko Shirai received an honorary doctorate from the University of Victoria (Canada).

In 2006, Mitsuko Shirai became ill with Guillain-Barré syndrome (GBS) overnight. After many months of hospitalization and rehabilitation, she returned to performance in April 2008 with a Schubert program at La Folle Journée festival in Nantes. Concerts in Japan, Germany, and Israel followed.

As professor in Karlsruhe, Mitsuko Shirai, together with Hartmut Höll, focuses upon song. She has been a visiting professor in Salzburg, gave master classes for lied with Hartmut Höll in Finland, at the International Music Seminar Weimar, the Schleswig-Holstein Music Festival, the Summer Academy of the Mozarteum in Salzburg, at the University of Cincinnati College-Conservatory of Music (CCM) and the Tanglewood Music School, as well as in Jerusalem.