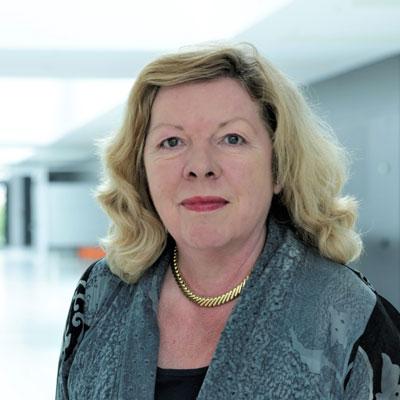 In 1992, Nanny Drechsler became professor of music theory at the University of Music Karlsruhe. Gender studies is one focal point of her artistic and scientific interests. In 2002, Nanny Drechsler was awarded the noted Aigner-Rollett-Guest Professorship for Women’s and Gender Studies at the University of Graz, where she developed new concepts of music education with interdisciplinary concert programs and seminars. In coordination with Roswitha Sperber, founder of the celebrated Heidelberg Prize for Female Artists, she continued working in related efforts for a decade, eventually becoming especially dedicated to promoting contemporary female composers. As longtime Equal Opportunity Officer at the Karlsruhe University of Music, Nanny Drechsler is fully committed to the principle of gender equality in research and teaching, seeing it as a far-reaching opportunity for the future of students. She pursues this goal, emphasizing an intercultural perspective for joint pedagogical, artistic, and academic cooperation. Her Time Paths program concept documents as a continuous cycle the history of the University of Music Karlsruhe as a space for sound and experience, starting with the work of the Karlsruhe composer, critic, and professor of music theory and composition Eugen Werner Velte as it still impacts the lives and work of his former students today. In the future, the concept will be expanded to include new formats, combining musicology, music theory, composition, and interpretation, creating a window of resonance for the university's 50th anniversary in 2021.