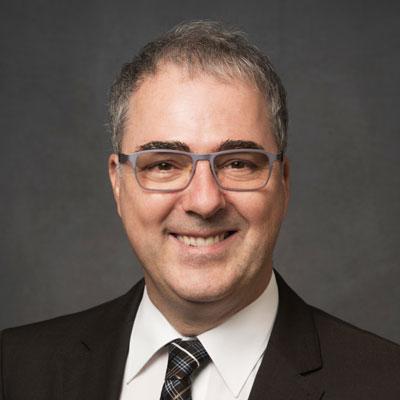 Peter Overbeck was born in Kiel in 1963 and was raised on Lake Constance. He studied music at the University of Music Detmold, with a major in piano, earning a degree as a sound engineer in 1990.  He focused on comparative musicology and Romance studies at the Universities of Paderborn, Basel, and Heidelberg, passing the magister’s supplementary examination in 1993 and the Ph.D. in 1998 with a thesis on 18th century English music history. In 1996 he was a Bayreuth Fellow, and in 1997 a Music Criticism Fellow of the Bertelsmann Foundation.

After practical experience at Philips, Deutsche Grammophon, and UNITEL, among others, including projects with Leonard Bernstein; Radio DRS; Lemin musiikkijuhlat in Finland; and several radio stations of the Association of Public Broadcasting Corporations in the Federal Republic of Germany (ARD), from 1990 to 1991 Peter Overbeck was based at Studio Basel, Swiss Radio DRS-2, as music director and program staff. From 1992 to 1997, he was a freelance music journalist and musical director for radio and television, among others, Southwest Broadcasting, Bavarian Broadcasting, Saarland Broadcasting, Deutschlandfunk German public radio, and in the sound recording industry on such musical subjects as the orchestra, concerto, and rondo.

From 1998 to 2011, he supervised the educational training station LernRadio as editorial director and deputy director of the institute. He was director of teaching and broadcasting as well as projects for the Music Journalism for Radio and Multimedia courses on the undergraduate and graduate levels, and was responsible for communication with partners and interested parties.

In 2012, Peter Overbeck was appointed to the chair for Applied Trimedial Production at the LernRadio Institute of the University of Music Karlsruhe. He teaches music and cultural journalism, music dramaturgy, media production, media history and media ethics, especially in the undergraduate degree program. He works on the CultureMediaTechnology program in cooperation with the University of Applied Sciences Karlsruhe - Technology and Business, and heads the internship office there. Since 2016, he has also been involved in e-learning, digitally supported teaching, and open educational resources; in 2017, he acquired Baden-Württemberg certification for university didactics.

Peter Overbeck has supervised radio and television productions and CD recordings for Wergo, Hänssler, Motette, Sony, cpo, and Arthaus, among others. He has written books and articles on 18th century musical history in England and France, the history of sound storage media, performance, and radio and music journalism. Since 2007, as chairperson of the Karlsruhe Handel Society, he is ex officio jury chairperson of the Handel Youth Competition, as well as board member of the International Handel Academy Karlsruhe and the Georg Friedrich Handel Society Halle International Association.

Since October 2022, Peter Overbeck has been Prorector at the Karlsruhe University of Music for the areas of teaching, studies and digital.