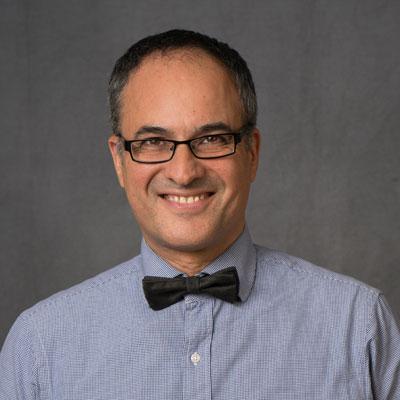 Roberto Domingos was born in Brazil, where he studied piano with Henriqueta Garcez Duarte at the School of Music and Fine Arts of Paraná. After winning several prizes at national music competitions, he decided to continue studies in Germany.

As a Brazilian National Council for Scientific and Technological Development (CNPq) and German Academic Exchange Service (DAAD) scholarship recipient, he completed postgraduate studies with Fany Solter and Dinorah Varsi at the University of Music Karlsruhe, where he graduated with a concert exam. He also studied songwriting with Ulrich Rademacher, graduating with honors. A Brazilian-Soviet cultural exchange scholarship sent him to work with the Georgian pianist Rudolf Kehrer at the Moscow State Tchaikovsky Conservatory.

Since 1993, Roberto Domingo has been a lecturer in piano at the University of Music Karlsruhe, where he served on the Senate from 1999 to 2010. In addition to his university duties, he leads seminars and master classes in Germany and overseas and is a frequent juror at national and international piano competitions. He has given master classes in China, Korea, Germany, and Brazil. He also works as a teacher at the Western Enz District School for Music and Art (Kunst- und Musikschule Westlicher Enzkreis). Many of his students have won prizes in national and international music competitions. In July 2007, he was promoted to a professorship at the University of Music Karlsruhe in recognition of his merit and achievements.

In addition to performing, Domingos is also involved in planning, organizing, and supervising the pro arte Königsbach-Stein concert series for the university alumni association as deputy chairman of the Adler Büttner Foundation and as deputy equal opportunities commissioner.

Roberto Domingos sees music as a humanistic interplay of all the arts. It is especially important for him to enjoy the pleasure of making music with students by motivating the expression of their individual personalities as much as possible. He considers the presence of a teacher and continuity of university work as an important building block for successful study. In 2018, the Giuseppe Curci Culture and Music Association of Barletta, Italy honored him with the