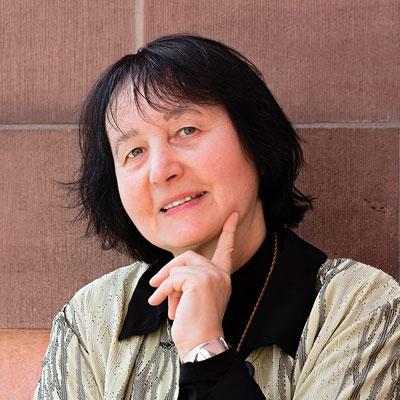 Sontraud Speidel studied with Irene Slavin and Yvonne Loriod-Messiaen in Karlsruhe, with Branka Musulin in Frankfurt, with Stefan Askenase in Brussels and Géza Anda in Lucerne.

Sontraud Speidel has been honored several times in national and international competitions. a. at the age of 16 years with the 1st Prize of the Federal Republic of Germany, with the 1st Prize at the Johann Sebastian Bach Competition in Washington, USA, with the Jackson Prize of the Boston Symphony Orchestra for Interpretation of New Music and with Ettore-Pozzoli Prize, Italy. Recitals, concerts with orchestra, appearances at festivals. Chamber concerts as well as radio recordings and masterclasses took her all over Europe, the USA, Canada, Israel, China, Japan, Korea, Taiwan, Brazil and Morocco.

Sontraud Speidel was the soloist at the premiere of the "Concerto" for piano and 13 instruments by David Winkler in Tanglewood / USA; In 1979 she gave a piano recital at the Palais Schaumburg Bonn at the invitation of Chancellor Helmut Schmidt. In Thessaloniki / Greece she played the Greek first performance of the Piano Concerto by Alexander Scriabin. In Karlsruhe she played the world premiere of Dr. med. Joachim Draheim's newly discovered "Variations on a Nocturne by Chopin" by Robert Schumann. In Solingen, she was the soloist in the dedicated Violeta Dinescu Piano Concerto "Crystal Games". In 2018 she played as premier or premiere in Karlsruhe and Nancy / France with the Stanislas Quartet, the 1941 quintet D minor by Richard Fuchs (1887-1947).

Sontraud Speidel is a professor for piano at the University of Music Karlsruhe, was a member of the Senate and the University Council. She has been a visiting professor at numerous universities and conservatories in Europe, America and Asia. She is a regular jury member at national and international competitions.

Several contemporary composers have dedicated works to her and have given world premieres (Papaioannou, Hessenberg, Dinescu). In 2000, she was awarded the "Silver Medal of Honor for Services to the State of Vienna" by the Government of Vienna in appreciation of her special achievements. In 2002, she was music director of the International Piano Festival Taiwan in Taipei. In 2003, the International Vienna Music Seminar awarded her the highest honor, the Golden Josef Dichler Medal. In 2005 she was awarded the Federal Cross of Merit of the Federal Republic of Germany. In 2011 she was honored by the Hochschule für Musik Karlsruhe with the first ever "Eugen Werner Velte Prize".

Sontraud Speidel is represented on more than 40 CDs today. She played as the first solo piano by Fanny Hensel. A CD with further first recordings of this composer has also been published, as well as the first recording of the "Concert Piece" op. 33 for piano and orchestra by Carl Reinecke and all piano sonatas by Mendelssohn Bartholdy. Sontraud Speidel's recording of all Reger works for two pianos with Evelinde Trenkner has been awarded first prize in the "Solo Instruments" category by "Audiophile Reference". In 2014, the recording of the arrangement of the 7th Symphony op. 92 by Ludwig van Beethoven for piano four hands and the Great Fugue op. 134 by Beethoven with Sontraud Speidel and Evelinde Trenkner received the Belgian "Joker Prize" from the magazine Crescendo. In 2019 she was awarded the Opus Klassik.

Sontraud Speidel is the first chairman of the "PIANO PODIUM Karlsruhe eV", an association of 800 members, which promotes young pianists. This institution regularly holds competitions for young pianists, each dedicated to a living composer. She is co-founder and artistic director of the concert series "Musikforum Hohenwettersbach" and artistic director of the concert series "Klassik im Schloss" by Kulturfonds Baden eV The "Elisabeth Speidel Fund" initiated by her supports music talents, for example with the Alfred Csammer Violin Competition, first held in 2012 , Since 2016 she heads the Regional Committee of Jugend musiziert Karlsruhe.