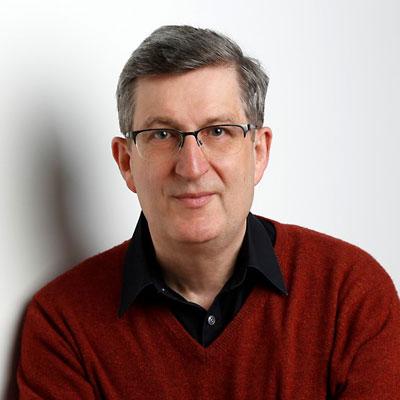 Thomas Seedorf, born in 1960 in Bremerhaven, first studied music education and German language and literature in Hanover. Postgraduate studies in musicology and music education followed at the Hanover University of Music, Drama and Media, which he completed in 1988 with a dissertation on the reception of Mozart’s compositions in the early 20th century. From 1988 to 2006, he worked as research assistant at the University of Freiburg Department of Musicology. Since the winter semester of 2006/07, he has been professor of musicology at the Karlsruhe University of Music.

Thomas Seedorf is coeditor of the Max Reger. Hybrid Edition of works, chairman of the board of trustees of the Max Reger Institute / Elsa Reger Foundation, chairperson of the International Schubert Society, project leader of the New Schubert Edition as well as chairperson and artistic director of the International Handel Academy Karlsruhe. For the online version of the Encyclopaedia of Music in History and the Present (MGG Online), he supervises the advisory board about articles on vocal soloists. From 2010 to 2017, he was spokesperson of the performance practice and interpretation research group for the Society for Music Research. From 2012 to 2016, he led the Voice Of The Hero: Vocal Presentation of the Heroic in the Operas of the First Half of the 19th Century subproject in the framework of Heroes - Heroizations - Heroisms: Transformations and Cycles from Antiquity to the Modern Age by Collaborative Research Center 948 at the University of Freiburg.

Thomas Seedorf's research interests include music from the 17th to the 20th centuries, song history and analysis, performance practice, interpretive history and especially, theory and history of vocal artistry.

His recent publications include the study Heroic Sopranos: The Voice of Heroines in Italian Opera from Monteverdi to Bellini (Göttingen, 2015), The Lexicon of Vocal Categories (coedited with Ann-Christine Mecke, Martin Pfleiderer, and Bernhard Richter; Laaber 2016, 2017). He has also coedited the anthologies The Tenor: Myth, History, Present (with Corinna Herr and Arnold Jacobshagen, Würzburg 2017, Music - Culture - History 8), Transformations and Metamorphoses: Report on the Symposia 2011 to 2013 (with the collaboration of Christian Schaper, Laaber 2017, Publications of the International Handel Academy Karlsruhe 11) and Applied Musical Thinking: Jürgen Uhde on the occasion of his Centenary (Sinzig, 2017, Sound - Word - Event Publication Series of the University of Music Karlsruhe 3).