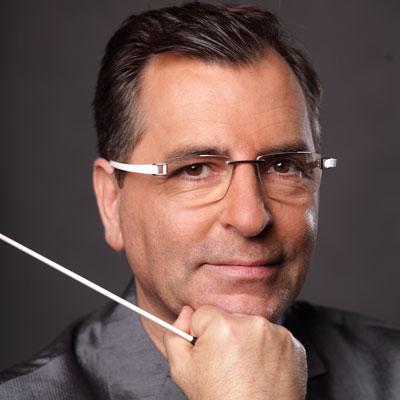 Will Sanders was born in the Netherlands. He comes from a musical family and received his first music lessons from his grandfather and father.

He began his horn studies very early with Hubert Crüts at the Zuyd Hogeschool in Maastricht, where he later continued his studies with Prof. Erich Penzel. In 1986 he graduated with distinction and became a member of the European Union Youth Orchestra under the direction of Claudio Abbado. In the same year he became deputy principal horn player at the Nationaltheater Mannheim and became acquainted with the opera repertoire from Mozart's "Così fan tutte" to Strauss' "Frau ohne Schatten". In 1988 he was appointed principal hornist in the Radio Symphony Orchestra of SWF Baden-Baden. In 1990 he moved to the Bavarian Radio Symphony Orchestra in the same position. In addition to his activities in the orchestra and as a soloist, Will Sanders was also a member of various chamber music ensembles such as the Linos Ensemble, the Wind Art Ensemble and German Brass. The Bayreuth Festival appointed him as principal horn player in 1992, and in 1996 he took over the direction of the horn group and the Siegfried call from Gerd Seifert. The Vienna Philharmonic Orchestra has invited him frequently as a guest on the solo horn.

Since 1995 Will Sanders has taught horn at the Zuyd Hogeschool in Maastricht. In 1999 he was appointed professor at the University of Music Karlsruhe. Teaching classical music, horn, chamber music and conducting have become his passion. Will Sander's innovative style is not only evident in the development of new playing techniques for the horn, but also in the development of mouthpieces, a new patented rotary valve and new horn models.
His musical career has been shaped by his collaboration with great personalities such as Leonard Bernstein, Georg Solti, Carlos Kleiber, Lorin Maazel, Daniel Barenboim and others.
Due to Will Sander's diverse musical and pedagogical experience, many of his students have been given positions in first-class orchestras such as the Los Angeles Philharmonic, Concertgebouw Orkest, London Symphony Orchestra, NHK Orchestra Japan, Symphonieorchester des Bayerischen Rundfunks or teach as professors at universities worldwide such as Tokyo University of the Arts Geidai, Conservatory of Music Shanghai, National University of Colombia, Universidade Federal do Rio de Janeiro and Academy of Music Krakow.

Since 1998 Will Sanders has been mentor of the Bundesjugendorchester, and since 2002 he has organized the annual festival Alemanha - Brasil on behalf of the DAAD. He is regularly invited to international competitions and festivals in the USA, Japan, China, Europe, Russia, Australia, Brazil, Colombia and Venezuela.