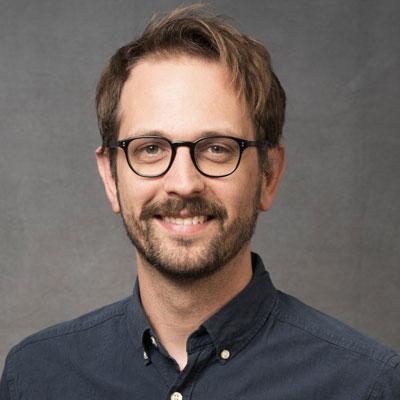 Michael Wende, born in 1982, is a documentary filmmaker, author, and motion designer. His first documentary, The Baton, a mix of animation and documentary, received international prizes.

At the same time, he began working as a video journalist for the On3 Südwild daily youth program of Bavarian Broadcasting. He then directed for AVE publishing, a Holtzbrinck company, producing short documentaries for the Berlin Philharmonic Orchestra, and documentary films for Bavarian Broadcasting (60 Minutes of Freedom, Great Opera: Verdi).

Since 2015, he directs his own company, Wendevarga, with his wife Andreea. They produce documentary films and animation for broadcasters and production companies throughout Germany.

In 2016, they were awarded the Grimme Award for animation of the 3sat channel documentary series Art and Crime.

Michael Wende is Professor at the University of Music Karlsruhe.